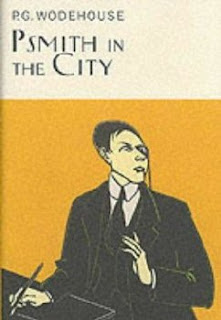 When I was a younger man and used to drink in a very suburban members’ club, one of the other members – a blue-rinsed widow of the pearls and twinset variety – once offered to give me her late husband’s complete set of P.G. Wodehouse novels as she had no use for them.  Now obviously, I accepted with alacrity but shortly afterwards she had a change of heart and kept them after all, which I completely understood.

Nevertheless, I’ve always hankered after a complete set and have often thought of the near complete set in the library of my old school, where I first became enchanted by the glories of Wodehouse’s writings.  So I recently took the plunge and decided to start collecting the Everyman edition of Wodehouse.  Everyman has, for some years now, been publishing a number of Wodehouse novels each year in a distinctive and attractive hardback format, with the intention of creating a complete set and I am purchasing them at the rate of about three a month in order to try and build my collection in a reasonable amount of time (given that Wodehouse published over 90 novels and short story collections).

One of the first to arrive was Psmith in the City, one of the earlier novels and one that features two of Wodehouse’s first recurring characters, Psmith (the ‘P’ is silent) and Mike Jackson (of the cricketing Jacksons).  Although Mike had first appeared in Mike at Wrykyn, a classic Wodehouse public school story, the two meet in Mike and Psmith, which, in my opinion, can be seen either as the last of Wodehouse’s old-fashioned school stories or as the first of his adult novels, despite its school setting.  Becoming firm friends, they then travel together through the City of in Psmith in the City, in Psmith, Journalist before exiting stage right at the conclusion of Leave it to Psmith, which has the distinction of being both the last Psmith book and the first in the saga.

The Psmith books show, in neat microcosm, Wodehouse’s developmental arc as a writer as they move from school story to amusing adventure to the romantic comedy of Leave it to Psmith which more closely resembles the mature Wodehouse.  The character of Psmith is also interesting from this perspective as he foreshadows elements of Jeeves, Uncle Fred and even Gally Threepwood.  It is difficult to write sensibly about any Wodehouse novel without including spoilers so if you have a problem with them (and I can’t see why you would with Wodehouse – after all, they aren’t exactly cliff-hangers or full of clever twists!), look away now.

As Psmith in the City opens, we find that Mike will not be going up to like his brothers as his father has lost a considerable amount of money.  Instead, Mike’s father has called in a favour and obtained a position for Mike in the New Asiatic Bank in the City of .  Coincidentally, and unbeknownst to him, Psmith also begins to work at the bank on a whim of his father and the two move in to Psmith’s comfortable flat and begin to enjoy London life.

The two of them soon fall foul of the tyrannical manager, Mr Bickersdyke and it is only through the efforts of Psmith to forge friendly relations with his immediate superiors that trouble is averted, culminating in him saving the job of Mr Waller, Head of the Cash Department, after a dodgy cheque is chased, through the simple expedient of blackmail.

As summer arrives, the call of the cricket square becomes too much for Mike and when, one day, his brother Joe calls from Lords’ as their county is a man down for the match against Middlesex, it all becomes too much and he absconds from his desk.  Mr Bickersdyke, seizing his chance, dismisses Mike but, as is only to be expected, Psmith comes to the rescue and, at the end of the book, both are off to after all.

Although, over the course of the Psmith novels, Psmith himself rapidly edges Mike out of the limelight – to the point where he doesn’t even make an appearance in Leave it to Psmith, I actually find Mike, the stolid cricketer, the more intriguing character.

In many ways, I see Mike as a semi-autobiographical character and Psmith in the City as the closest Wodehouse gets to revealing his own past in his fiction.  Like Mike, Wodehouse was a good schoolboy cricketer, playing for the 1st XI, although Mike is depicted as being of an even higher standard than this – a piece of wish fulfilment maybe.  Again, like Mike, Wodehouse was prevented from following an elder brother to university (Oxford in Wodehouse’s case) due to family money problems (a fall in the rupee reduced the value of Wodehouse senior’s colonial pension) and, just like Mike, Wodehouse is sent to work in a bank – in his case the Hong Kong and Shanghai Bank (a thinly disguised New Asiatic Bank) – which he detested and quit as soon as his writing would permit.

In this light, as well as being an amusing story, there is a certain amount of light shed upon the workings of banks in the twilight years of ’s banking supremacy.  Mini-Falaise is currently a big fan of Mary Poppins and I see some similarity between the new Asiatic Bank and the Dawes Tomes Mouseley Grubbs Fidelity Fiduciary Bank at which Mr Banks toils.  Incidentally, in these days of economic uncertainty and stagnation, there is a certain amount of nostalgia in Mr banks’ self-satisfaction at eh strength of the pound and the glory of British banking and finance.

Returning to Wodehouse to finish, however, Psmith in the City is a typically entertaining read – not nearly as great as his later works but worth a read, especially if you are interested in Wodehouse as well as his world.

I didn't properly appreciate this book the first time I read it, probably because I was still enthralled with Leave It to Psmith. Mike does appear in that one, by the way - Psmith meets him on the day when his fateful advertisement first appears and explains why he has given up his career in fish.

I haven't read any of the Psmith (I can't help but pronounce that p!) and so have just ordered Mike at Wrykyn to begin at the Mike and Psmith beginning.
I so love PGW. My happiest reading hours have been spent in the pages of his books. I think I've read most of the Jeeves & Wooster, but not all of the Blandings, which I really love. But I'll begin my Mike and Psmith adventure soon. Thanks for this really wonderful review.

Lisa May - I'd forgotten that bit!

Nan - Blandings is my favourite sequence of PGW.

Start following our signals NOW & gain up to 270% daily.