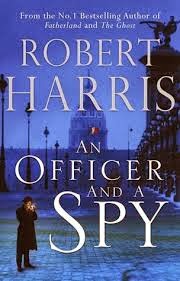 In 1894, an artillery officer in the French Army, Alfred Dreyfus, an Alsatian Jew, was accused of having passed secret military documents to Germany, court-martialled and sentenced to life imprisonment in solitary confinement on Devil’s Island.  His family claimed from the outset that an injustice had been done and that Dreyfus was innocent.

Despite being initially persuaded of Dreyfus’ guilt, Colonel Georges Picquart, a high-flying officer and newly appointed head of the Statistical Section, a secret military intelligence unit, gradually becomes convinced that the evidence against Dreyfus is unsafe.  Having instigated an investigation into a Major Walsin-Esterhazy, a dissolute officer, suspected of also having passed low-level secrets to the Germans, Picquart comes to believe that Walsin-Esterhazy is also guilty of the crime for which Dreyfus was convicted.

On bringing his case to his superiors and to the Minister of War, Picquart is ordered to cover up his findings.  He then enters a Kafkaesque labyrinth in which he is undermined, sidelined, transferred to Tunisia, discredited and, ultimately, framed himself as the Army uses the same combination of forged documents and perjured testimony that had been used to convict Dreyfus.

During this nightmare, Picquart manages to get his evidence and beliefs out to prominent anti-Dreyfusards such as Auguste Scheurer-Kestner, President of the Senate, Georges Clemenceau, a future French Prime Minister, and, most famously, Emile Zola, whose open letter to the French President and its opening line, “J’Accuse….!” has gone down in legend.

The resultant controversy split France in two, with conservatives opposing liberals, Catholics opposing secularists.  It divided families and broke friendships as well as causing anti-Semitic riots in twenty French cities and highlighting the depth and ferocity of anti-Semitism in France at the time.  At times it even appeared that the Third Republic might fall.

As for Dreyfus, after an open investigation, the French Supreme Court annulled his conviction and ordered a second court martial.  Zola was himself found guilty of a criminal libel for his writing at the affair, Walsin-Esterhazy was acquitted at a court martial and finally, and most incomprehensibly, Dreyfus was found guilty at his second court martial, although his sentence was commuted to ten years’ imprisonment.  Offered a presidential pardon, he accepted even though this meant accepting his guilt.  This left Picquart, awaiting his own court martial for forgery, defenceless and so he was dishonourably discharged from the Army.

There is a happy ending of sorts.  In 1906, eight years after being pardoned and Clemenceau having become Prime Minister, Dreyfus was fully exonerated and reinstated in the Army.  He fought in the First World War and retired as a Lieutenant-Colonel.  Picquart was similarly rehabilitated, reinstated and promoted to Brigadier-General, and appointed Minister of War in Clemenceau’s cabinet.

Robert Harris’ An Officer and a Spy is a fictionalised account of the Dreyfus Affair through the device of a supposedly secret memoir by Picquart and is a simply fantastic read.  Even though I was familiar with the story, I found it absolutely gripping and found myself holding my breath at points of high tension.  In particular, there are some stunning courtroom scenes.  After being disappointed with Harris’ last book, The Fear Index, I was delighted that this is a return to top form.

In his pair of novels centring on Cicero and the power struggles between Pompey and Caesar, Harris drew parallels with the Labour government of Tony Blair and, in An Officer and a Spy, he reprises the trick successfully.  The themes of governmental cover-up, “sexing up” dossiers and intelligence agencies operating their own agendas will all be familiar to any student of politics in the last decade or two and, on a broader note, the power of the press and public opinion – a relatively new phenomenon at the end of the 19th Century, major forces today.  It is also chilling to reflect upon the power of the security forces to destroy individuals and their reputations and the amorality with which they can use this power.

Even accepting that the Dreyfus Affair took place during one of the periods of history in which I am most interested and that I am an unabashed Robert Harris fan, this is one of my favourite reads of the year so far (and we are not that far from year end!) and I unhesitatingly recommend it.  It’s an extraordinary story which, were it pure fiction would be unbelievable, and it is fictionalised brilliantly.

I was allowed to read An Officer and a Spy via Netgalley by Hutchinson and Cornerstone, imprints of Random House, for which I am very grateful.
Posted by Falaise at 10:07 AM

I'm a Robert Harris fan too and bought this last week. I'm glad it's an excellent read - looking forward to it.

Start following our signals NOW & profit up to 270% per day.