Well, we’re now at the end of my fifty favourite childhood books and thank you very much if you’ve persevered with me over the course of these five posts.  The Falaise family arrived back from our French sojourn on Friday night and, once mini-Falaise’s birthday and first day of school are done with next week, we’ll be saying farewell to what has been a pretty fine summer and looking forward to the joys of autumn and winter – Hallowe’en, Bonfire Night and then Christmas.  All of which should mean I’ll be able to post more frequently and regularly from now on – and maybe even catch up with some of my massive backlog of reviews. 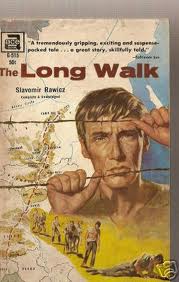 41.          The Long Walk by Slawomir Rawicz.  Like a couple of others on this list, this isn’t exactly a children’s book but it does seem to be a book that children enjoy – indeed, when we were looking around a prospective school for mini-Falaise last year, the headmaster was just starting to read it with some of the pupils.  It’s the story of how the author, a Polish army lieutenant, had escaped from a Soviet POW camp in 1941 and escaped to India across the Gobi desert.  I loved this book as a child and I hate to have to break this to anyone else who loved it that, according to Soviet archival material, the story is untrue.

42.          The Wooden Horse by Eric Williams.  Apart from the fact that this story is indubitably true, this book falls into the same category as The Long Walk and tells the story of the Allied escape attempt from Stalag Luft III in WWII, using a tunnel dug under a wooden gym horse.  It’s exciting stuff. 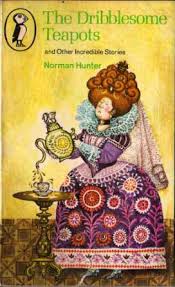 43.          The Dribblesome Teapot and Other Incredible Stories by Norman Hunter.  I’d quite forgotten about this until I did some internet memory-jogging for this list.  It’s basically a collection of ten pretty eccentric tales with kings and queens and countries called things like Kumdown Upwardz and Urgburg under Ug and it’s great fun.

44.          Carrie’s War by Nina Bawden.  This is a classic children’s novel about Carrie, a young girl evacuated to Wales with her brother in WWII and the strange families they end up living with.  It’s really quite dark and mysterious.

45.          The Once and Future King by T.H. White.  One of the great retellings of the story of King Arthur.  I recall that I much preferred the Sword in the Stone, the first of the four books that make up this cycle.

46.          The Adventures of Robin Hood by either Richard Green or Roger Lancelyn Green.  I can’t remember the author of my childhood copy of this and the internet credits both Greens with having written a version so I’ll hedge my bets.  In any event, the Robin Hood story remains a classic and I lapped it up as a child. 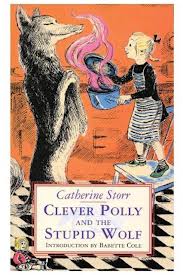 intrigued that so many of the books I read in the ‘70s and very early ‘80s had actually been written decades previously – and not just the obvious ‘classics’.  This collection of stories was written in the ‘50s and remains fresh today.  I’m looking forward to reading this one with mini-Falaise soon.

48.          Asterix and the Olympic Games by Goscinny and Uderzo.  I was in two minds whether to include this as I’m a huge Asterix (and Tintin) fan and get irrationally annoyed when they are dismissed as children’s comic strips because the humour is so clever.  Anyway, as a child, my parents disapproved of comics and so I wasn’t allowed Asterix.  But, one day, my mother and I were in WH Smith in Stevenage (I led a glamorous life) and I saw this in a black and white paperback novel-sized format.  I showed to Mama Falaise who, failing to inspect the inside of the book, assumed it was a written version of Asterix and allowed me to buy it.  Result!  How I cherished that book.  The coda to this is that, later, my parents relented and finally allowed me to buy Asterix………in French. 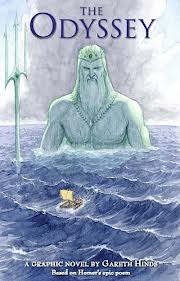 49.          Chikdren’s versions of the Odyssey and Iliad.  I don’t know who adapted the Originals but I had abridged and adapted versions of both these and absolutely loved them.  As with Roger Lancelyn Green’s books, they instilled a love for myth and legend that persists today and probably also contributed to my enjoyment of fantasy and even sci-fi.  It also proved a precursor for my education as I ended up reading both in the original Greek as part of my Greek A-level work.

50.          A Book Whose Name I’ve Forgotten.  The plot of this book revolves around a schoolboy who discovers that there is a secret criminal society made up of some of the girls in his school and that only he can save the school from them.  It was a great book that I borrowed from the local library many times.  The thing is that I can’t remember either the title or the author and, try as I might, I can’t track them down on line.  If anyone recognises this, please, please let me know as it is really bugging me.

And there we have it – my 50 favourite childhood books.  I’m sure I’ve left out loads that I’ve forgotten and that I’ll probably remember as soon as I press the publish button but it’s a pretty solid list and I’ve enjoyed the trip down memory lane while writing these posts.
Posted by Falaise at 5:01 PM

Amazingly I didn't read TH White until I was an adult, but fell in love with these books just the same.
My parents weren't strict about comics, so I was lucky enough to devour all of Asterix and Tintin as a child (although most of the jokes are pitched much higher of course - and reading them in French is a whole different and fun experience). My brother and I read The Wooden Horse and all the related books too (they were all Fontana paperbacks as I remember).

I have very much enjoyed your series of posts taking me down memory lane with my childhood reading - so many similarities. Thank you.

Thanks for the comment, Annabel. Writing them brought back some great memories for me too.