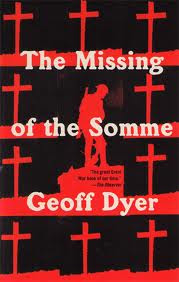 I remember being slightly stunned when I first saw my great-grandfather take off his foot and prop it up against the wall.  To my young eyes, this was a pretty cool trick to be able to pull off.  It was only later that he told me that it had been blown off during the First World War.  According to him, his commanding officer had been wounded and was lying in no-man’s land.  My great-grandfather had gone out there and had picked him up to carry him back to the British trenches when he was shot in the back and had his foot blown off.  For this, he was mentioned in despatches.

As I got older and showed more interest in history, he began to share some of his stories with me.  I am sure he gave me a sanitised version of them and, looking back, he never really talked about conditions in the trenches or the actual fighting.  In fact, as far as I can remember, he never even mentioned the names of the battles in which he fought.

And yet I confidently tell people that he was wounded in the Battle of the Somme.  I have no evidence for this and it is unlikely that I will ever have any as his military records appear to be amongst the majority of First World War army personnel records that were destroyed by German bombing in 1940.  Nevertheless, it just seems to be right to me that it was this battle that he would have been involved with.  He probably wasn’t but the received truths and symbols of that war tell me he must have been.

Geoff Dyer tells a similar story in The Missing of the Somme, a wonderfully thought-provoking meditation on the nature of remembrance and the Great War.  His family history has it that his grandfather was an underage volunteer who turned up at the recruiting office only to be told by the recruiting sergeant to go away and come back in a couple of days when he would be two years older.  This story had been faithfully passed down the generations but Dyer, having been able to find his grandfather’s records, discovered that it was completely untrue.  The image of the underage volunteer in the heady summer of 1914 has become so engrained in the collective memory of the War that we cling to it even when the facts don’t fit.

For those who haven’t come across Geoff Dyer, he is a writer who is difficult to pin down.  He is the author of a number of novels that blend fact and fiction and his non-fiction flits across whatever takes his fancy.  He claims to be inherently lazy (one of his books is entitled Yoga For People Who Can’t Be Bothered To Do It) and The Missing of the Somme was originally meant to be a novel based on Tender is the Night).  Despite all that, his writing is enviable, especially the virtuosity with which he writes about so many different subjects.  If you haven’t tried him, I recommend you give him a go.

The Missing of the Somme takes a very tangential approach to the First World War.  It starts with the opinion (with which I am in total agreement) that it was, for Britain, the defining event of the 20th Century and that pretty much everything else is framed by it.  Received wisdom has it that the years prior to 1914 were golden and peaceful by comparison to everything that came after, an image that conveniently ignores the class unrest, the prospects of civil war in Ireland, the strikes and the militancy of the suffragettes that were features of this period.  As Dyer points out, the darkness of the War has the effect of softening what came before.

Dyer’s focus is not actually on the War itself but on the impact it has had on later generations and, in particular, the way it has been remembered.  He looks at the way that this collective memory has been framed and fixed by literature, art, photography and even architecture.  There is a section discussing how the poetry of Wilfred Owen and the writings of Siegfried Sassoon have effectively come to dominate the way we view the War and, in doing so, he points out the incongruity of the memorials that have “Dulce et Decorum est pro Patria Mori” inscribed on them in homage to the Glorious Dead.

Another point Dyer cleverly makes, although in a slightly forced way, is how the imagery of the War was being created almost before it was actually fought.  Every British person over the age of about seven or eight will be familiar with Lawrence Binyon’s words:

“They shall not grow old, as we that are left grow old:
Age shall not weary them, nor the years condemn.
At the going down of the sun and in the morning
We shall remember them.”

It’s a stanza that is engraved on many war memorials and is recited at almost every Remembrance Day service every year.  I find it incredibly moving despite its familiarity and, even typing it now, my eyes have clouded.  Yet the iconic phrase of remembrance was actually written in 1914, only a few weeks after war was declared and before more than a handful of soldiers had fallen.  In a sense, it was creating the framework of memory before the fact.

Amongst the history and the discussion of remembrance, Dyer weaves in snippets of a journey he made to the battlefields of northern France and Belgium with a couple of friends.  At times, these stories can seem a bit jarring, disturbing the almost languorous rhythm of the book but, towards the end, they begin to make sense as he describes his visit to the Menin Gate at Ypres.

The Third Battle of Ypres, or Passchendaele, is, along with the Somme and Gallipoli, one of the totemic events of the War for Britain.  Although the figures are disputed, the consensus would appear to be that around 260,000 casualties were taken by both the British and German sides, with a further 10,000 French casualties.  The Menin Gate is a huge memorial to the allied casualties of all the Ypres battles whose bodies have never been found.  Stood on one of the roads that led to the front lines, the local fire brigade close the road every evening at 8 p.m. and a bugler sounds the Last Post.  This ceremony has taken place every evening since 2 July 1928 save for the years of German occupation in the Second World War.  It resumed on the very day that Polish troops liberated the town.  As a schoolboy, I visited Ypres and witnessed the ceremony.  It is simple, dignified and incredibly moving.  I can’t explain how much it means that the local community still do this.

Dyer worries about whether future generations will continue to remember.  He is a decade or so older than me and wrote The Missing of the Somme in the 1990s, wondering about what would happen when the last veterans of the War were to die.  This has now happened.  No more will we see them march past the Cenotaph on Remembrance Sunday.  The living can no longer honour their contemporaries.  Dyer writes that the dead of the British Empire would take three and a half days to march past the Cenotaph.

Personally, I believe we will continue to remember and to honour those who fought but it will take a positive effort to ensure that future generations understand the sacrifices their ancestors made.  I suspect that almost every family in Britain, France and Germany has a direct link to the War in their history and it would be a real tragedy if the losses and suffering were to be forgotten.

The Missing of the Somme is a brilliant encapsulation of thoughts about the War and its effects on Britain and, despite not being a history book or a memoir, I think it should be required reading for anyone studying the War or who is interested in it.  For those who are interested but have little time to spend with the voluminous literature on it, I would recommend a trio of short books:  Norman Stone’s World War One: A Short History, Erich Maria Remarque’s All Quiet on the Western Front and Dyer’s The Missing of the Somme.

I read The Missing of the Somme for the 2012 Reading Challenge at War Through the Generations.

Thanks for a review that is both intriguing and moving. I"m not familiar with this book, although I know some of his other books.

This sounds like an interesting book. It's horrifying how many young men died in just a few hours.
Ann

As the Crowe Flies - Thanks for the comment. I'd recommend this one if you have an interest in the subject.