2,553: The Prague Cemetery by Umberto Eco 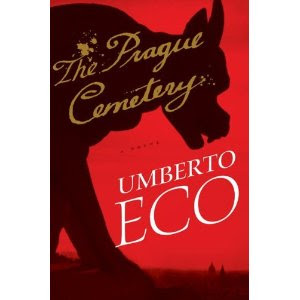 Great review and happy Sunday! I hope you’re having an awesome weekend!

Also, I’m a new follower—wonderful blog! Stop by my blog and follow me too? :) http://rachelbrookswrites.blogspot.com/

Thank you very much for the kind words, Rachel. I will check your blog out.