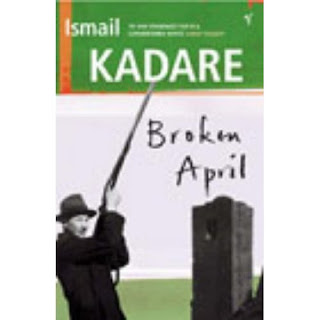 There used to be an old parlour game called Famous Belgians, which, as the name suggests, entailed naming as many famous Belgians as you could think of.  For most people, this resulted in a list comprising Eddie Merckx, Tintin and Hercule Poirot, of whom the latter two are, unfortunately, fictional.  The more literate might also come up with Hergé and Georges Simenon and the more artistic could usually win by adding Magritte and Rubens to the mix.  The whole, highly amusing point was that there aren’t many famous Belgians.  Now, this is obviously a complete slander, as demonstrated by the excellent website Famousbelgians.net.  I kid you not.

Anyway, I have now devised a sequel game:  Famous Albanians.  I can list the famous Albanians I know of on the fingers of, well, one hand:  Enver Hoxha, Mother Teresa and King Zog.  If you stretch the rules of the game to permit persons of Albanian descent, then you can add in John and James Belushi.  Apparently, Kara Dioguardi and Antonio Gramsci could also count on this basis but I found that out on the Web and so can’t count them in my total.  But, I now have another famous Albanian, Ismail Kadare.

Kadare was the inaugural winner of the Man Booker International Prize in 2005 and has also been a Nobel Prize candidate several times.  Until I read Broken April, I had never heard of him but now, having read Broken April, he shoots to the top of my list of famous Albanians.

The main plotline of Broken April revolves around one Gjorg Berisha, a young man entangled in the intricate web of blood feuds that spreads throughout the High Plateau of rural .  These feuds are governed and determined by the law of the Kanun, a detailed and complex set of traditional customary Albanian laws that sits outside the official law of but is still followed in some parts of the country.  When his brother is murdered, Gjorg is compelled to join in the blood feud that exists between his family and the Kryeqyqe family.  He, in turn, murders a male member of that family and is condemned to be killed in revenge.  Under the Kanun, he is entitled to 30 days grace before he may be killed, a period that ends in the middle of April.

Entwined in this plotline is the story of Bessian and Diana Vorpsi, a newly-wed couple from Tirana.  Bessian is a writer and intellectual who has written about the Kanun and who has dragged Diana to the High Plateau on their honeymoon. The Vorpsis encounter Gjorg at an inn and Diana becomes obsessed by him and distanced from her husband.  Their honeymoon changes Diana and their relationship forever.

Broken April is a beautiful piece of writing.  Kadare creates an almost dream-like atmosphere around the High Plateau and makes it a place where the modern world is unable to destry the traditional way of life, regardless of how damaging it is.  As the two stories draw, inevitably, to their climax, the deceptively simple writing drew me in and kept me hooked until the end.  I would unhesitatingly recommend it and even more so, now I know that the Kanun  is a real set of laws and has made a comeback in since the fall of Hoxha.

Two final thoughts:  Happy Thanksgiving to everyone in the and did you know that Audrey Hepburn was, in fact, Belgian?

I did know about A Hepburn, she was born over here in Brussels, and I also used to play that game, until I actually moved to Belgium... Hw could you forget Jean-Claude van Damme? Another good one: Adolph Sax, the inventor of saxophone :)

This book sounds interesting. I imagine that the ending's tragedy will live up to the story?

Oooh - good ones! How indeed could I have forgotten the Muscles from Brussels!

The ending does match up to the story - definitely worth a read if you are looking for something with an interesting backdrop.

I just discovered your blog and love the whole concept. I have set myself a reading challenge of one book from every country listed in The Lonely Planet's The Travel Book and I have Broken April in mind for when I do Albania. Now that I have read your review, I am looking forward to it! BTW, how many books do you read on average each year?

Literary Nomad - I love your idea. Glad you are looking forward to Broken April. My annual book total varies depending upon work pressures and also the type of books I'm reading. I would normally hope to clock up around 100 p.a. but when I calculated the number for the blog I was a little more conservative and assumed 7 per month.

If you want your ex-girlfriend or ex-boyfriend to come crawling back to you on their knees (even if they're dating somebody else now) you got to watch this video
right away...