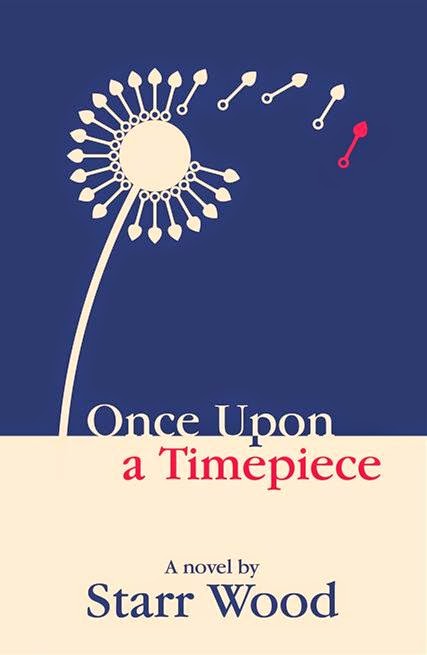 Once Upon a Timepiece, the debut novel of Starr Wood, a journalist who has written for august publications such as The Economist, features an unusual central character of a 1946 rose gold Breitling man’s watch.

At the outset, it is owned by one Conrad Sands who, in January 2012, determines to return it to the ex-girlfriend who had given it to him 20 years previously.  This sets off a loosely connected series of events over the following 12 months in which the watch gets passed from one stranger to another.  During the year, as the publisher’s blurb says:

“The watch passes through the hands of a gold-digger, a journalist, an enchantress, and a professor. It touches the lives of a rogue art collector, a domestic helper, and an environmental campaigner. It influences a reverend's apprentice, a kept wife and a self-made man. All of them are strangers, yet all are intricately linked in ways that none of them see.”

There is, of course, a debate to be had for those who are so inclined as to when a novel ceases to be a novel and becomes a collection of short stories.  Not that I’m overly interested in the distinction but it seems to me that it has a lot to do with the level of interconnectedness between the chapters or events in the book.  If push ever came to shove, I’d probably agree that Tom Rachmann’s episodic The Imperfectionists falls just on the novel side of the line whereas Once Upon a Timepiece falls just on the short story side.

Some of the stories and in particular the one concerning a self-righteous journalist getting taught a valuable lesson gave off strong whiffs of Roald Dahl’s adult short stories with their unexpected turns and themes of unpleasant individuals getting their come-uppances.  On the other hand, the importance Mr Wood gives to the twist in the tail brought Jeffrey Archer’s short stories to mind (and this is not a negative comment - regardless of the quality of his writing, Archer has an ability to tell a story that Mr Wood largely shares).

As may only to be expected in a debut, there is a certain unevenness to the book, with some of the less successful stories feeling a little strained, as if the author were reaching for a twist or link that wasn’t quite there, but, at its best, Once Upon a Timepiece offers some highly entertaining stories with clever plot twists.  I particularly enjoyed the story of the rogue art collector (even if I did guess the twist early on) and the story of the kept wife was, indeed, reminiscent of some of Dahl’s most bitter efforts.

Mr Wood’s writing style is clear and direct, as befits the journalist that he is, although this puts a lot of pressure on the plotting which, mostly, bears up well.  All in all, Once Upon a Timepiece is an entertaining debut from a promising author and I will be very interested to see where Mr Wood goes next.

I’d like to thank the publisher, BoTree Books, for sending me a copy of Once Upon a Timepiece for review.
Posted by Falaise at 2:14 PM