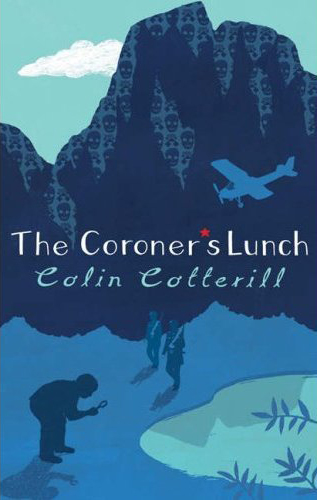 One of the joys of owning a Kindle is the regularly refreshed £2.99 or less offer on Amazon.  Not only does it give one the occasional rush of snagging a book from the TBR list at a bargain basement price, but it also throws up hidden gems that would otherwise slip beneath the radar.

Colin Cotterill’s Dr Siri Paiboun series of detective stories is just one of these.  Set in 1970s post-independence Laos, I am genuinely surprised that they are not much better known amongst lovers of gentle, slightly humorous detective fiction.  I could probably best describe them as a little bit like Alexander McCall Smith’s No 1 Ladies’ Detective Agency novels but but less gentle and more detectivey and funny.  And set in South East Asia rather than Southern Africa, obviously.

Dr Siri Paiboun, the hero of the eight (to date) books in the series is a 70-something, French trained doctor who has spent much of his life as a Communist insurgent in the Laotian forest, fighting first against the French colonialists and then against the corrupt Royalist and US-backed regime.  Cynical, wise and not remotely ideological, his hopes of a comfortable retirement in Vientiane have been dashed as the new Pathet Lao government decided they needed a national coroner and promptly appointed Dr Siri, despite his total lack of training as a pathologist.

Unlike most fictional pathologists and forensic scientists, Siri is hampered by the poverty of 1970s Laos and a serious lack of equipment.  His team comprises Nurse Dtui, a “larger” lady, hooked on forbidden Thai celebrity magazines and Mr Geung, a Down’s Syndrome adult whom Siri is painstakingly trying to teach to read.  The series opens with The Coroner’s Lunch, in which we are introduced not only to Siri and the team but also to some of the other recurring characters in the series - Judge Haeng, Siri’s boss and nemesis, Civilai, a member of the ruling politburo and Siri’s best friend, and Phosy, a police inspector.

Siri also has a secret.  You see, his body is occupied by the soul of a 1,000 year-old shaman, Yeh Ming and so he frequently has visions of the spirit world that help him in his quest for justice.  This spiritual element, derived from traditional Laotian beliefs form a central theme to the books as Siri doesn’t only benefit from his spiritual alter ego but is often endangered by the evil phibon spirits that are trying to kill Yeh Ming by destroying his physical host - Dr Siri.

As the series progresses, the lives of the central characters develop and new characters join the crew including Madame Daeng, 60-something former spy and the best noodle seller in Laos, and Auntie Bpoo, a middle-aged transvestite fortune teller - yes, really.

Between them, the murders they solve range from that of a Party - member’s wife to the female victims of a serial killer and three young women, each stabbed with an epée - a weapon almost wholly unknown in Laos.
As well as being solidly crafted detective stories, there is an authentic sense of place to them which isn’t particularly surprising as Colin Cotterill has spent much of his adult life living and working in the Mekong Delta region.  He also examines the effect of the Communist takeover on the country and the impact of it on the fate of the Hmong, one of the main indigenous tribes and, in Love Songs from a Shallow Grave, he takes the reader on a short but unpleasant trip to Pol Pot’s Kampuchea.

The real joy of the books, however, is the interaction of the main characters and their growth through the series.  Siri, Madame Daeng and Civilai, in particular, come across as teenagers trapped in senior citizens’ bodies, with their disrespect for authority and their proclivity for practical jokes.

Excellent review... I am going to start looking for any of the books in the series as soon as i can :)

Thanks for the recommendations. I love Agatha Christie so this list is going to get me going on a detective hunting read! :)

I have a few volumes of this series and really need to get started- thanks for the reminder!

There's a chance you're qualified to receive a $1,000 Amazon Gift Card.

Greeat blog you have here