2,565: Who Wrote Shakespeare by John Michell 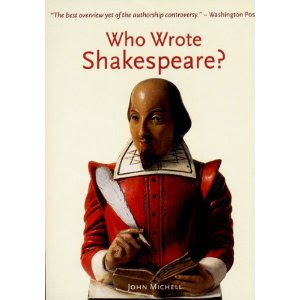 Email ThisBlogThis!Share to TwitterShare to FacebookShare to Pinterest
Labels: Shakespeare

Still think that Dr Who going back to dig into the Authorship Question would make a great episode!

I'm reading The Eyre Affair by John Fforde right now, and in his fantasy universe, books are so revered and beloved that people like the Marlovians with whom you now identify become armed militias trying to get people like the Stratfordians to agree with their point of view. It's quite fun for someone who is in love with literature.

Sorry, not John Fforde, Jasper Fforde. Of course, maybe you already know the Thursday Next books and I'm not telling you anything new :)

Alex - I'm not a Who gfan but I would agree with you on that.

Heather - Yes, I love Fforde. He is incredibly inventive.

If you need your ex-girlfriend or ex-boyfriend to come crawling back to you on their knees (even if they're dating somebody else now) you must watch this video
right away...

Follow our signals right now and gain up to 270% per day.